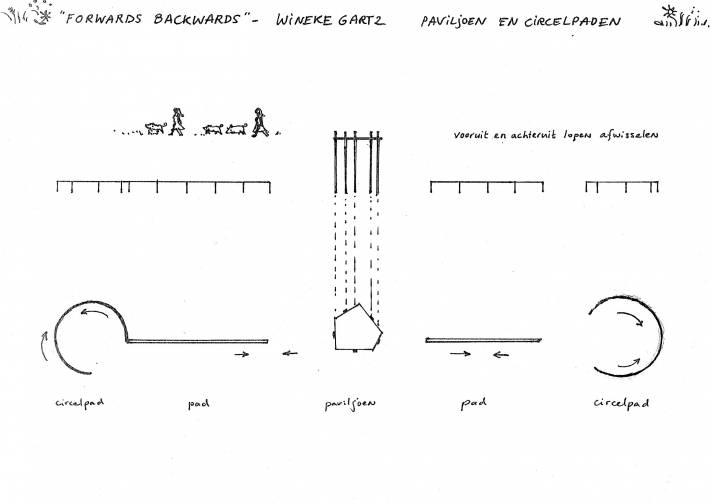 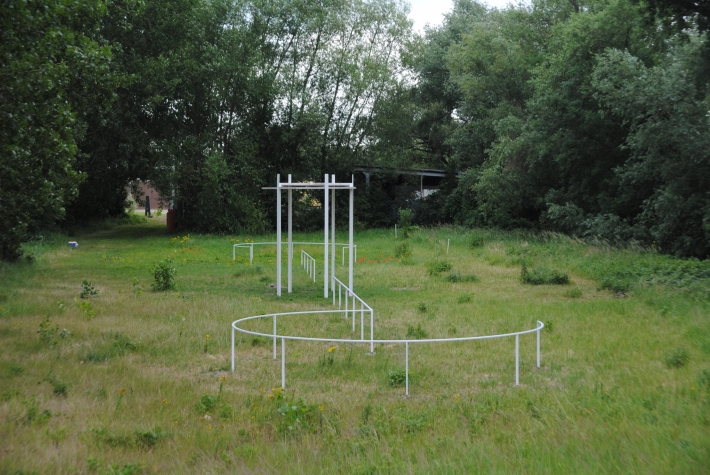 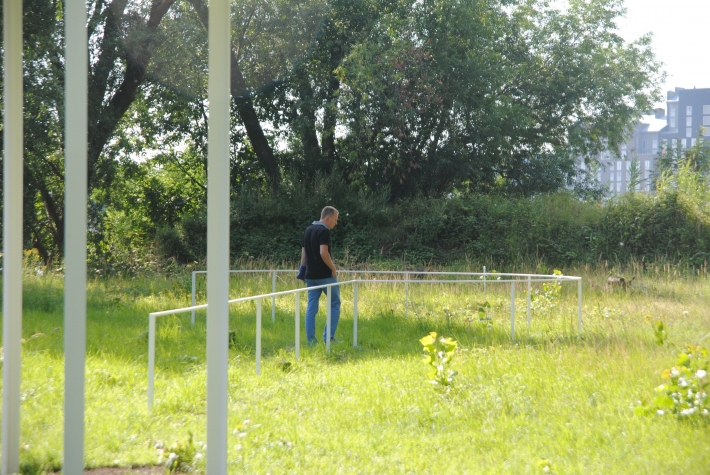 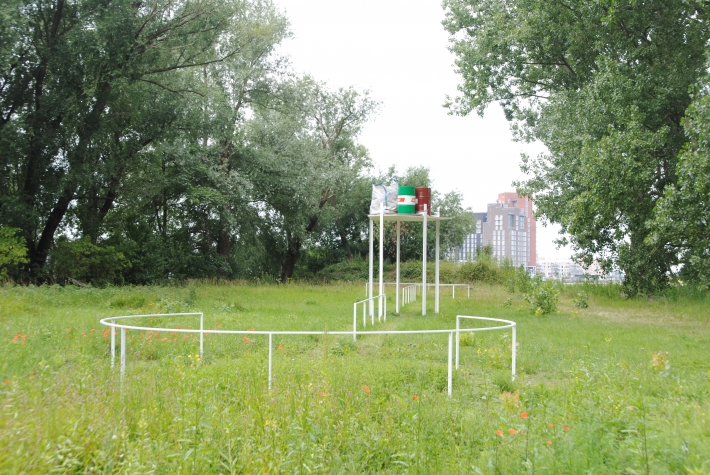 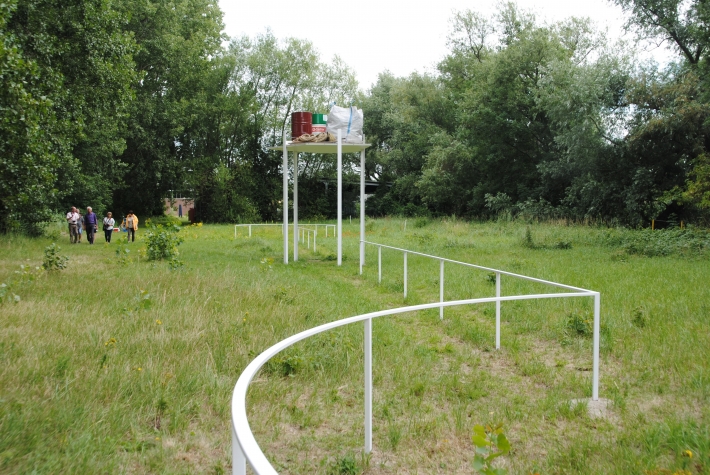 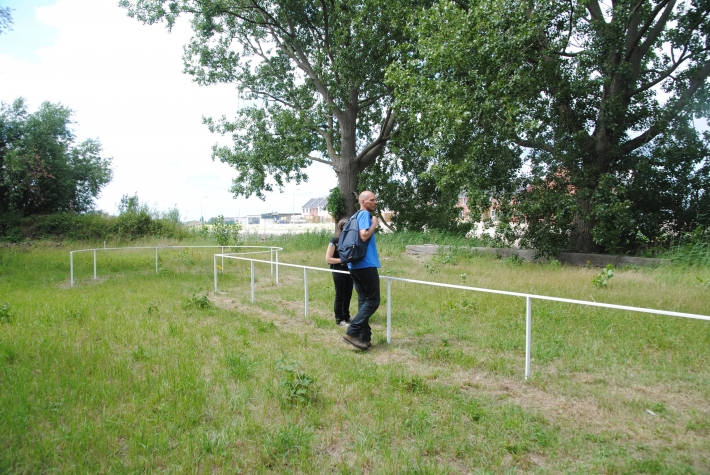 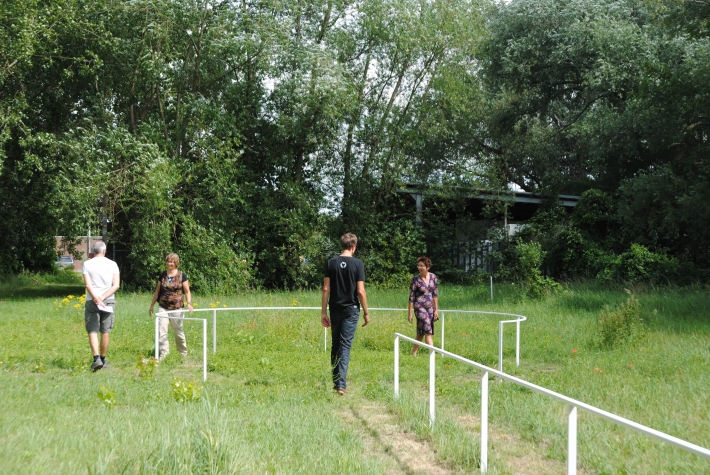 Forwards Backwards, monument van verandering en vernieuwing II (2015) is the second version of Forwards Backwards (2010). This land art piece was originally developed with farmers in ‘Het Groene Woud’ - a nature and agricultural area in the South of The Netherlands It was made a collaboration with family Van Wagenberg who run 'Jofrahoeve', a biological pig farm in Esch, commissioned by Eurolandart and BKKC, Tilburg (NL). It included a research into landart, farm life, rural life in relation to city life, environmental issues, tourism and many other aspects related to the region. The outcome was ‘Forwards Backwards’,  a wide-ranging project including a happening with trucks, performances, a video, and a pavilion with circle paths. See:


The new version of Forwards Backwards at Dordtyart2015 is made in the changing environment of Dordrecht's industrial and river area, a mixture of dockyards and newly build suburbs. This context of a shifting use of land and water gives new meaning to the questions which are raised by Forwards Backwards II about progress and changeability.

The installation consists out of a steel pavilion with two circular and two straight pathways, along which visitors are invited to walk both forwards and backwards.

The meditation paths and the temple-like pavilion create an environment for visitors to contemplate about life's changes, to reflect on new stages in life and the complexity of the idea of progress. On the pavilion's roof top Gartz created a still life. Various materials are collected from shipyards and construction sites. The materials are stacked on the roof. During this period, the ojects become unattainable, becoming part of a temporary monument instead.

Forwards Backwards is an ongoing project. In the future the steel pavilion monument is put at a permanent locatation, where visitors can access the meditation track during all seasons.

Gartz visions the monument functioning as an outdoor venue for future music concerts, theater plays and opera’s, possibly with themes related to 'progress'.