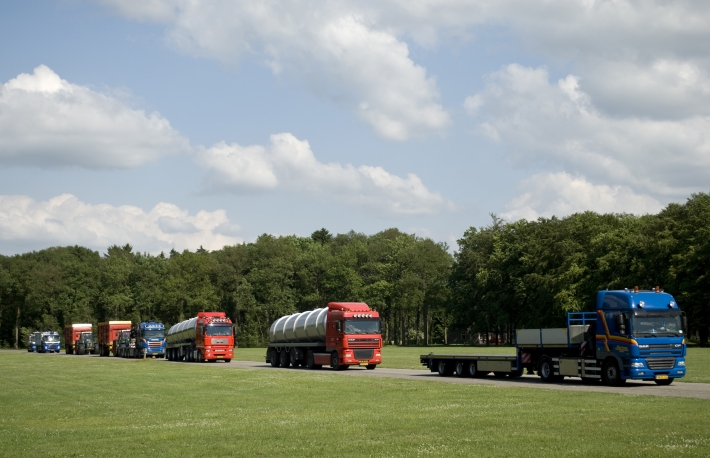 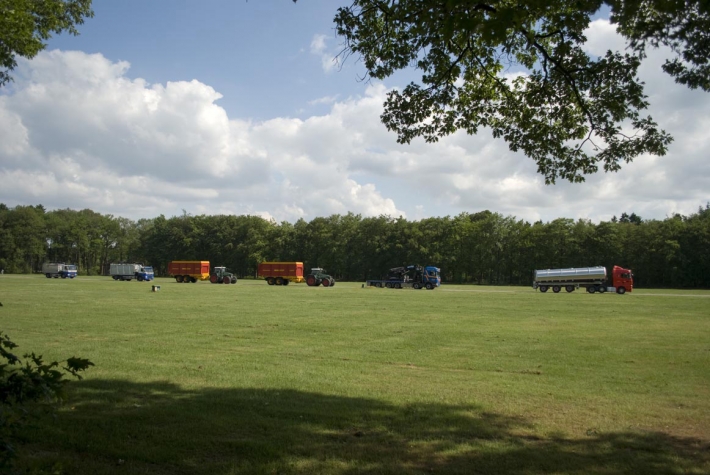 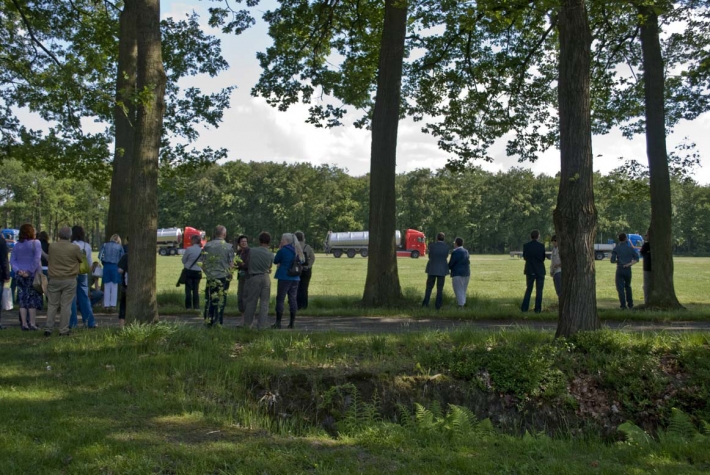 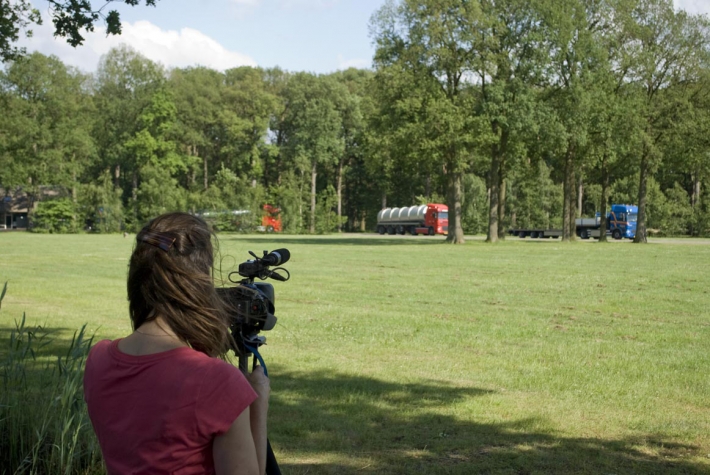 Wineke Gartz was invited by ‘Euro Landart‘ to develop an art project with farmers in ‘The Groene Woud’ - a nature and agricultural area in the South of The Netherlands. Gartz researched landart, farm life, rural versus the city life, environmental issues, tourism and many other aspects related to the region. The outcome was ‘Forwards Backwards’, a wide-ranging project including a happening with trucks, performances, a video, and a pavilion with circle paths.

On the pavilion's roof top Gartz created a still life. Various materials were collected from farms that were about to close their businesses. The materials were stacked on the roof high above the ground. During this period, the ojects became unattainable, becoming part of a temporary monument instead.

At the end of September, Gartz organized a closing event at the temple and the meditation path. She showed a performance for two trumpeters combined with a live realy of amplified sounds of pigs from the farm.

‘Forwards Backwards’ is an ongoing project. At this moment the steel pavilion monument is temporary stored. In the future the monument is put at a permanent locatation, where visitors can access the meditation track during all seasons.