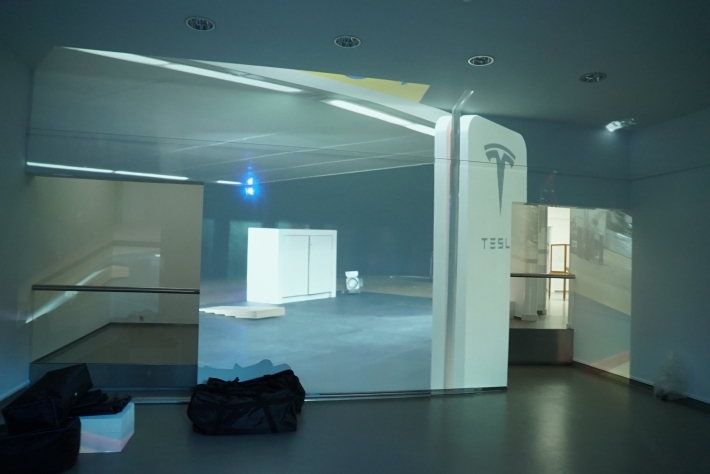 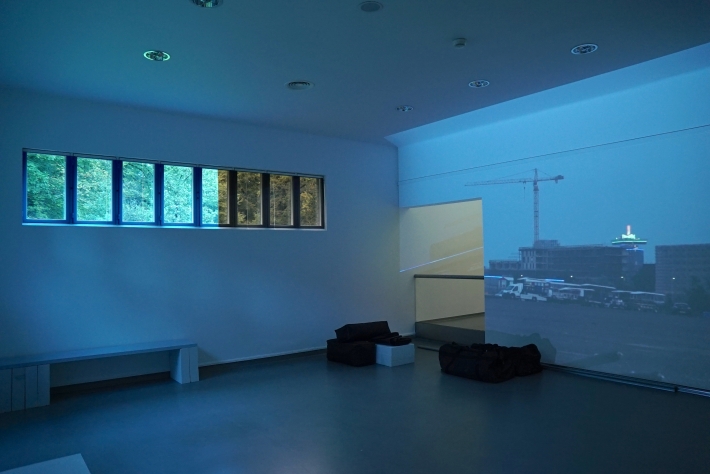 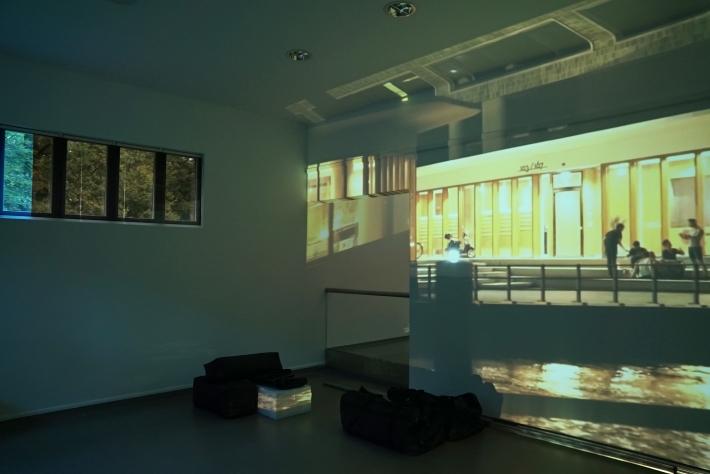 The starting point for Le rêve, la route, le mur is the building: its origin, the arrangement of the spaces adjacently or consecutively, the way in which people move through the spaces, the constantly changing incoming light. As always in her spatial collages, Gartz again addresses current topics, such as change and progress, resilience, growth and decline in nature and in urban areas, the influence of economic and technological development on the environment and what it means to be human in the current era. She uses colour filters and objects to manipulate the light and the route through the space. Moving and still images bring everyday life and the (urban) landscape within the walls of the museum.
show Information in Dutch