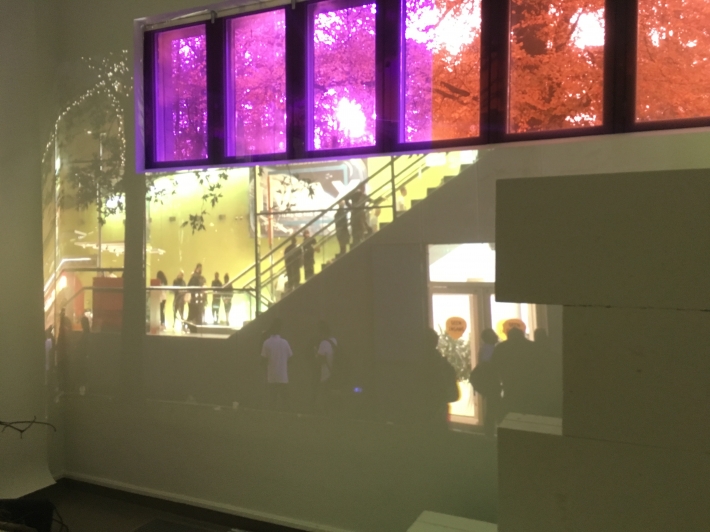 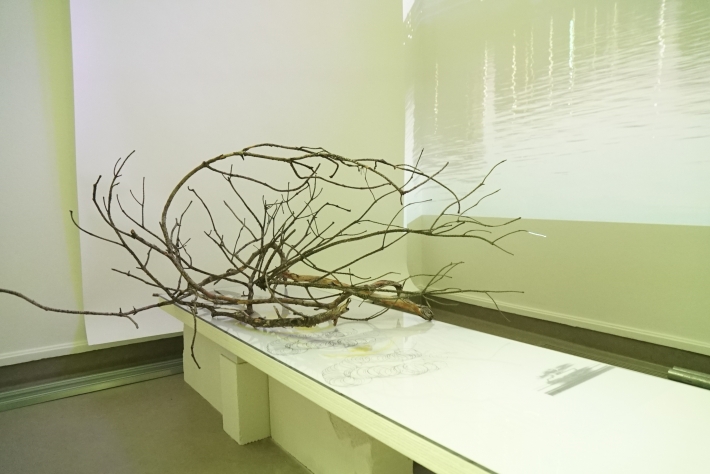 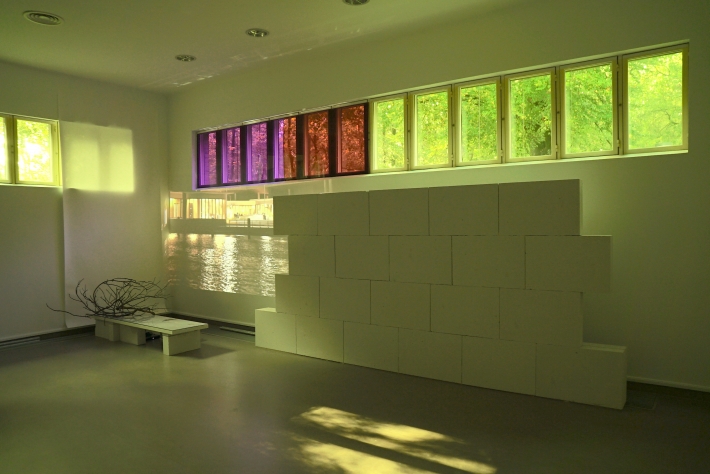 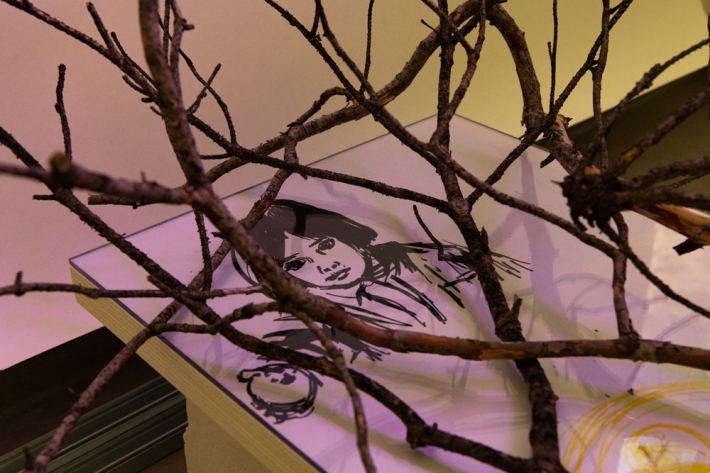 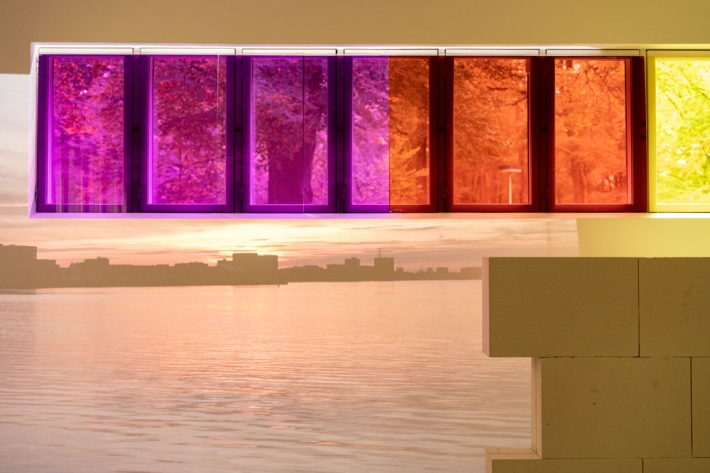 
The site-specific installations of artist Wineke Gartz (Eindhoven, 1968) consist of a carefully composed stream of images. Gartz, originally a painter and draftswoman, has an impressive reservoir of images: photographs, videos, drawings and sketches that she has made in the course of her career.


For Le rêve, la route, le mur, Wineke Gartz draws on this reservoir of images to transform the former entrance of the museum into a tableau vivant. According to Gartz, looking is not just an activity of the eyes. The body, mind, memories, dreams and experience of the observer play an equally important role, as does the physical movement through the work and the space. With ‘le mur’ in the title, Gartz refers to the basic functions of a wall: to offer protection and security, as well as to exclude and imprison, but she also refers to walls as the concretization of a plan, a house, a dream: ‘le rêve’: a museum for a collection.

The starting point for Le rêve, la route, le mur is the building: its origin, the arrangement of the spaces adjacently or consecutively, the way in which people move through the spaces, the constantly changing incoming light. As always in her spatial collages, Gartz again addresses current topics, such as change and progress, resilience, growth and decline in nature and in urban areas, the influence of economic and technological development on the environment and what it means to be human in the current era. She uses colour filters and objects to manipulate the light and the route through the space. Moving and still images bring everyday life and the (urban) landscape within the walls of the museum.
show Information in Dutch: