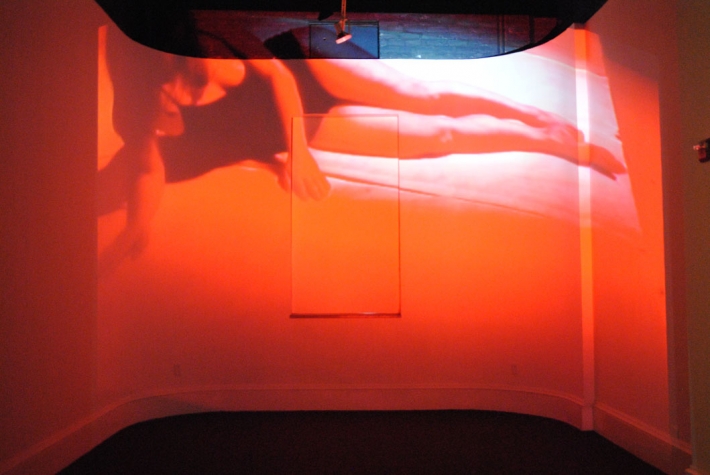 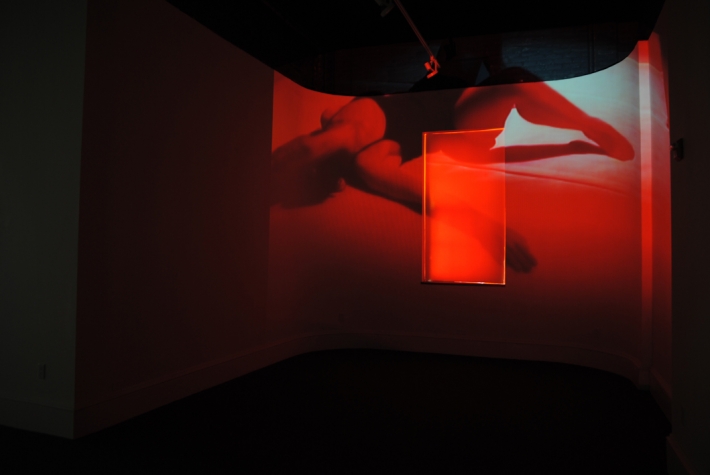 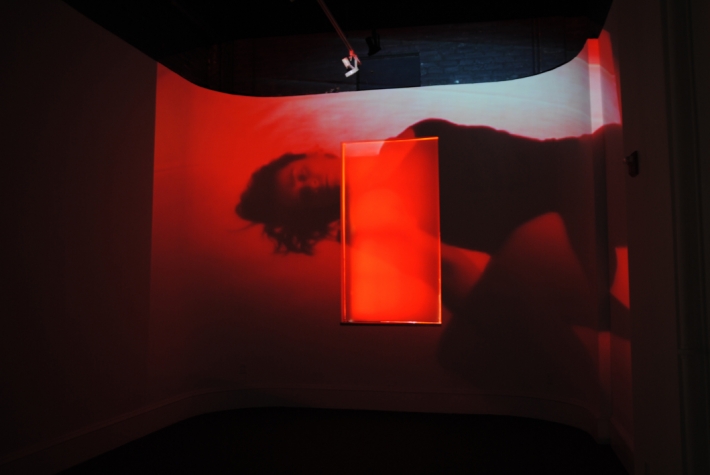 
Part of the solo exhibiton Morgana Plains, from silver to gold, at Artswestchester, White Plains (NY), five site-specific installations: Three in the downstairs gallery (bank lobby) and two on the 2nd floor gallery.

The works are spread over both ground floor and 2nd floor gallery spaces in a former bank building. Visitors are invited to wander through the five installations, exploring the work and the exhibition spaces from different points and perspectives.

A site-specific installation, Morgana Plains, from Silver to Gold thematically linked New York City, the city of White Plains, and the Hudson River.

Morgana Plains, from Silver to Gold, 2009

Five site-specific installations: 3 in the downstairs gallery (bank lobby) and two on the 2nd floor gallery.

The works are spread over both ground floor and 2nd floor gallery spaces in a former bank building. Visitors are invited to wander through the five installations, exploring the work and the exhibition spaces from different points and perspectives.

From Silver to Gold’: Slide projections on glass, diptych in ground floor side space.

Morgana Plains, Water in the Sky: multiple video and slide projections on the architecture, 2nd floor.

From the catalogue 'Wineke Gartz, Morgana Plains, from silver to gold':

A site-specific installation, Morgana Plains, from Silver to Gold thematically linked New York City, the city of White Plains, and the Hudson River. Regarding the exhibition’s title, Gartz explains that the word ‘morgana’ comes from ‘fata morgana’, which has been used in Europe of old to refer to a physical phenomenon, a beguiling mirage that weary travelers see in a desert. Prior to the exhibition, Gartz spent two weeks gathering video images:

'From the twin skyscrapers of the Ritz-Carlton Hotel in White Plains one can see the city far below, one can overlook the Hudson Valley, and even see the New York City skyline as a fata morgana in the distance. There is the magnetic attraction of Manhattan, as opposed to the suggestion in the name of White Plains, of open spaces and clear air. The Hudson River is like a filmic horizon, a binding element'.

Gartz is well known for making integral use of the architectural environment for her site-specific installations. The exhibition consists of five separate multimedia works with constantly changing video and slide projections occupying the entire Artswestchester Arts Exchange building. Its centerpiece, Morgana Plains, New York City Ghosts I, was installed at the heart of the building in the Grand Banking Room. It was a large tableau of glass, placed on the floor and measuring 20 x 14 feet, upon which video images were projected, suggesting a platform or tray serving up images. The horizontal tableau ‘carried’ the images, while the glass mirrored them back onto the ceiling, emphasizing the height of the space. At the back of the space, the illumintaed circular entrance of the former bank vault resembled a sun, a perfect backdrop for the video landscape. Thus, the former bank lobby was transformed into a church-like space. It was accompanied by the other works, both in the side and upstairs spaces, which created a highly concentrated situation. As a consequence, this drew people into the work and into a mental space.

‘Moving through those spatial compositions, which consisted of projections, glass, drawings, mirrors, sound, and light, was like a journey enabling one to compose one’s own movie, as though moving through a succession of different storyboards or mood boards. With the artworks and the building thus melting into a whole, the building in its entirety became an artwork.’

The manner in which Gartz draws upon the filmic qualities of light and shadow in her video installations recalls her early career as a painter. Her projections consist of highly complex overlays of imagery: combining the new footage she shoots for her installations with a wealth of material from her archives, she creates what she calls ‘video landscapes’.

‘Born and raised in The Netherlands, I have been deeply influenced by Dutch landscape painting. This also began my interest in 19th century American landscape painting and its depiction of nature’s beauty and grandiosity in an almost spiritual way. For Morgana Plains, I wanted to recreate the atmosphere of those paintings by combining the horizontality of landscape, river, and earth with the verticality of New York City’s skyscrapers. To me, these are iconic images. Since I’ve been trained both in contemporary painting and art history, I use the ‘old’ formulas from painting, sculpture, and architectural history, such as Flemish medieval painting, or the way the Renaissance made use of the Golden Mean. I combine these images and concepts with tricks and techniques from advertising, movies, magazines, comics, and contemporary visual arts. Morgana Plains showed images from everyday New York life: car parks, traffic lanes, advertisements from Time Square, video walls on buildings, shots of shop windows, people walking in the streets or disembarking from the ferry at night, culminating in the video installation Red Light, Poses I at the top of the building. The large scale of the projection – a red and black sequence of shots of my own body in vaguely erotic poses, typical of advertising – which spread across the architectural elements, meant my own body became part of the building too. My installations are assembled with a painterly eye. For me, when making the work, the space is the canvas, and the video images and slides are the colors and the forms; there is chiaroscuro too.’

Special thanks to Janet Langsam and Marianne Brouwer.

ArtsWestchester’s invitation to Gartz to present an installation at the Arts Exchange was an outgrowth of the region’s Quadricentennial activities, which observed the 400th Anniversary of Henry Hudson’s first Dutch voyage here and the settling of New Amsterdam. The project was recommended by Hudson Valley Center for Contemporary Art (HVCCA) Director Livia Straus to run concurrently with the exhibition entitled Double Dutch, a survey of sixteen contemporary Dutch installation artists at the Peekskill–based museum.