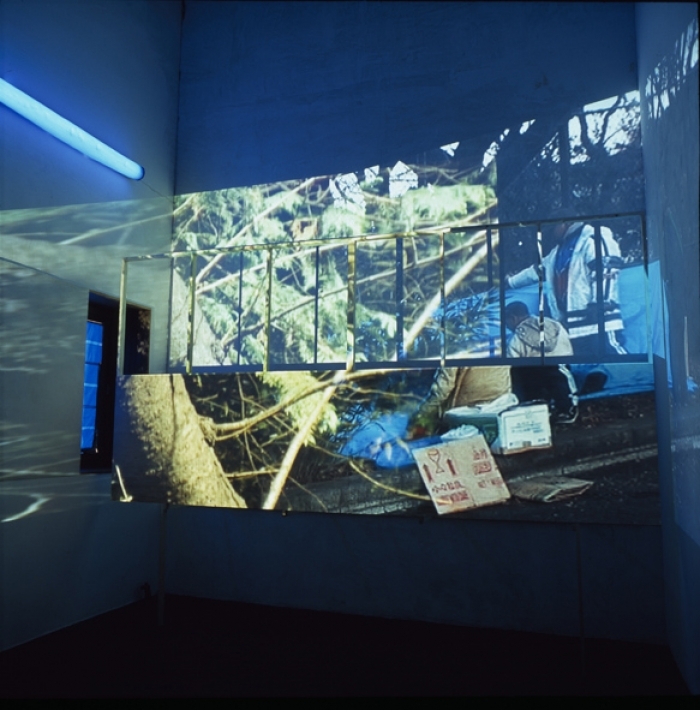 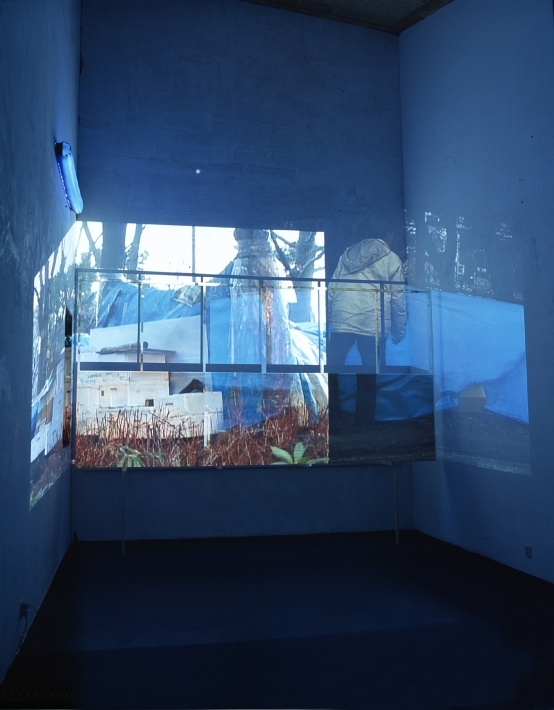 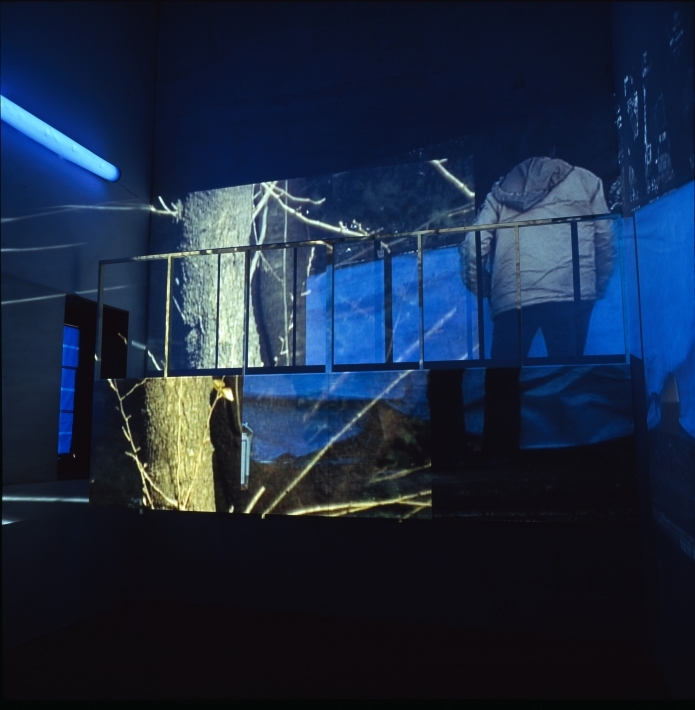 Between 2003 and 2004 Gartz was the last Dutch artist to reside at the studio of the Dutch Fund for Visual Arts in the CCA in Kitakyushu, Japan. Japanese life is filled with contradictions and, because of this, difficult to grasp for an outsider. The country looks hypermodern, at the same time tradition and protocol seem to determine everything, and individual freedom is less relevant. During her stay Gartz was taken by the beauty of the Japanese landscape and the way everything is designed. She also noticed the shelters of the many homeless, whose stay in public space is tolerated. It is caused by the economic recession that has afflicted the country for years. Parks look like campgrounds filled with improvised tents of blue plastic. Gartz connected with some of the homeless and captured their habitat in lustrous green environments in drawings, video and slides. She also explored semi- covered spaces like shopping centers, underground corridors that connect skyscrapers and tourist accommodations where the homeless crowd together.

The newsletter that accompanies the exhibition contains the essay Men Become Flowers in which Gartz reports on her meetings and experiences. The exhibition Ueno Park presents a number of multi-media installations of visual material collected in Japan.